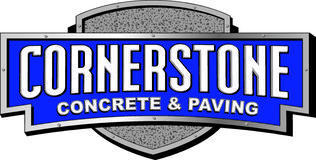 The wife called on a Friday and they were here the next day with an estimate. I accepted the price and they were here the following tuesday and removed old concrete and halled it away..It rained for two days but Friday it was formed and poured as promised!!! Very good job!! They did everything as promised and when they were supposed to.. If I had any questions they would return calls promtly. I would recomend them for any job.

Thank you for contacting us! If needed, you will hear back within 48-72 hours.

Share your experiences with our company by filling out the form provided. We appreciate your feedback!​

GREAT JOB! Made straight edge on alley. Extended concrete beyond garage for garbage cans. Rounded off concrete for looks. Crew most efficient, friendly, and fast!!!

Very satisfied with the work. The owner was always on the job and took time to explain to me what was being done. When I first left a message for an estimate he was prompt and gave me an estimate the very next day. He took the time to answer all my concerns about the products he was using. My driveway was completed the following week after I got an estimate . I am satisfied with the final product and hope to enjoy my new concrete driveway for years to come.

They go above and beyond for their customers. He called to let us know when he would arrive and he was on time. From start to finish he was professional, efficient and did excellent work. His workers are hard workers.

.This company did a good professional job. They are good workers and we were satisfied with the new driveway. They hauled away all the old cement. We would use them again if the need arose